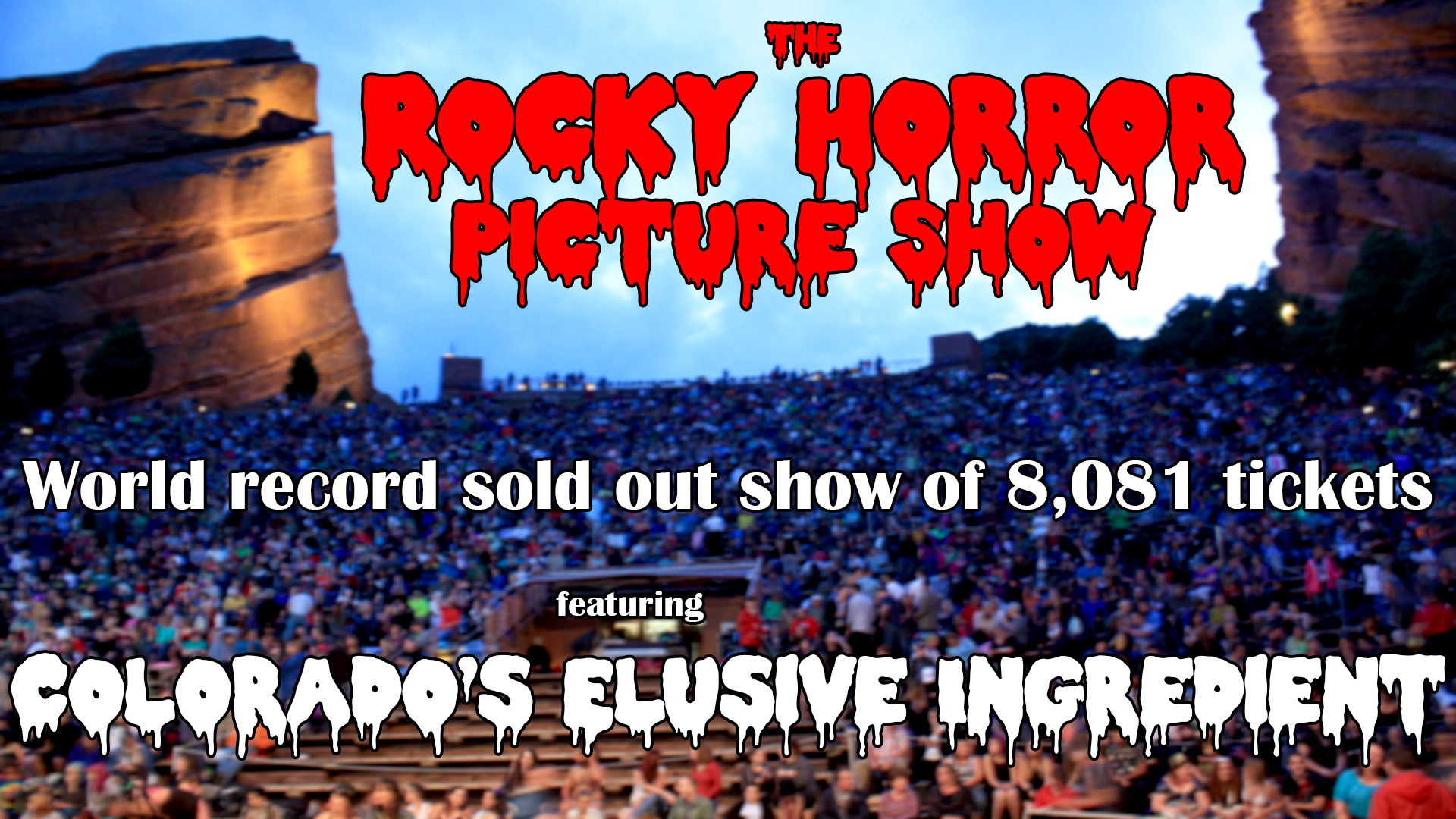 Denver is one of only a small handful of cities in which the Rocky Horror Picture Show has never stopped playing since the film’s debut in 1975. Older locals still speak with hushed tones and wistful, guilty glances of the debauchery at the old Ogden Theater in the 1970s and 1980s. Rocky became a local institution at the Esquire Theater on 6th Avenue through the 1990s.

After Colorado’s Elusive Ingredient left the Oriental, they experienced a stint of homelessness which resulted in a drop from the public eye and lowered attendance. A home was finally secured at the Crossroads Theater in downtown Denver in October 2006. However, time spent without a regular performance caused a noticeable drop in weekly attendance. After several weeks of performances Colorado’s Elusive Ingredient was starting to build a buzz for the show again; but unfortunately, due to zoning restrictions imposed by the City of Denver, the Crossroads was temporarily shut down in January 2007. Colorado’s Elusive Ingredient management, however, managed to keep strong, positive relations between cast and the theater, allowing them to restart their show at the new Crossroads Theater the following year.

From November 7th, 2008 through February 27th, 2009 Colorado’s Elusive Ingredient performed at Lannie’s Clocktower Cabaret, in the beautiful and historic D&F Clocktower, every Friday night. However, due to difficulties in maintaining a large enough audience due primarily to the 21+ age restrictions with their liquor license, our run had to come to an end.

Colorado’s Elusive Ingredient has returned to the Esquire at 6th Avenue and Downing Street in Denver, premiering with a show sold out in minutes and regretfully turning away around 150 extra audience members. But that’s cool: as much as we hate to see you go, we love to watch you leave. As of now, Colorado’s Elusive Ingredient performs on the last Friday of every month at the Esquire; tickets can be purchased at the Esquire box office, by phone at 303-352-1992, or online at https://www.landmarktheatres.com/denver/esquire-theatre in advance, guaranteeing a seat.